Since it is the day before Thanksgiving, I figured I would write about this topic.  I do have some other things I wanted to write about, but timing is everything.

Powerlifting was the first sport I have ever done that I wasn’t very good at it.  I have always been athletic.  I was always quick, strong for my sport, my reaction times were very quick, and my sport IQ was a strength.

Playing soccer I could use my athletic abilities and skill within the sport to take on defenders. If I was playing against a higher skilled opponent, I could use my teammates to pass and make a run to get the ball back in space.

I was always more athletic than my training partners in mma.  I had the same advantages.  I was quicker, strong within the sport for my weight (I weighed 165lbs at the time) and had a good fight IQ.

I learned to fight by doing rounds with much higher skilled fighters.  I learned how to control distance to survive.  Controlling distance allowed me to simplify the round as my opponent would be too far away to take me down or throw their power hand with authority.

From there I could pick up on things that they were doing and use my athleticism to exploit those holes. I could have been more aggressive offensively at times, but I enjoyed the chess match.

In the clinch my length was an advantage.  I could get in a position where I could trip my opponent, but my opponent could not trip me. I had good balance and strong hips. My ground game was not very good, but my athleticism and strength helped me close that skill gap a little bit.

Powerlifting was very different.  For the first time I found an opponent that was able to take away all of my strengths and exploit my weaknesses.  My feet were forced to stay stationary and my quickness and athleticism didn’t matter. I couldn’t make any adjustments or alter a game plan to give me a better chance.

It just was what it was. I realized I would have to train for months in hopes of adding 5-15lbs on each lift.  This tests my patience like nothing I have ever done before.  It also makes me frustrated in ways I have never been frustrated before.

When things aren’t going well in training you have to just stick with it.  You can’t let those negative thoughts creep into training or that down period of time will stay down.  You have to have faith that you will come out the other side of this period in a good spot.  This is not easy when you know you are not very gifted in a sport.

I have done tens of thousands of rounds in my life.  Not every one of those rounds went well.  I have had rounds where I got taken down, put on my back, and punched in the face for 3-5 minutes.  As bad as that is, you know the round is ending and you can alter a plan of attack to better fight that opponent.

You can’t do that with powerlifting.  This sport is what it is.  Somedays you need to accept defeat, lower the weight, and move on.  I hate to fucking lose.  I don’t accept defeat, but the weights don’t care.  They will force you to.

The analyzing part of the sport happens over a longer period of time.  You need to analyze your performance and make a longer-term plan to fix those issues.  It is not just enough to make a plan, but you need to work your ass off in hopes of making small improvements.

The ironic part of this is you can never beat the weights.  There is always a higher weight to achieve and a weight that is heavy enough to crush you.  It is a sport that has the highest of highs due to how long and hard you need to work for progress, the lowest of lows due to the helplessness that comes with having to accept defeat to the weights on some days, but you can never be truly satisfied because there is always more weight.

This makes powerlifting the greatest sport in the world.  You can do it your whole life and it will challenge you in ways you can’t even imagine.  It is not for everyone.  Many are scared of weights and many do not have the mental strength to keep busting their ass through the frustration.  The real success comes from the character that it builds.

It builds confidence, work ethic, mental strength, and all the physiological benefits of strength training.  It builds camaraderie with friends.  Everyone is going through the same battles with you.  Powerlifting has given quite a few friends and I am thankful for that.

Powerlifting has also brought me to places I would have never gone without it.  I have gotten to experience those places with those same friends I made from competing in this sport.

It has also given me a career.  I have been coaching a long time.  I have 2 degrees in this field.  It is a field I am committed to and knew I wanted to be a part of.  The problem with that was it was hard to find my way in this field.

I hated personal training. I got burnt out with the high school and youth athletes and the pay was poor.  I didn’t like the college strength and conditioning setting very much.  It was a lot of hours, poor pay, and you were more of a cheerleader than a coach.

I even quit coaching for a while to go teach.  That is how much I didn’t want to do it anymore.  When I got back into it I only did it part time for a few extra bucks. My mma group fell apart in the mornings and I was starting to suffer some injuries I couldn’t keep up with.

I ripped my ear, tore my bicep, broke bones, and was just starting to always be in pain.  I was looking for an athletic outlet when I got drunk with Josh Bryant and Fred Hatfield.  A few months later I met Boris Sheiko and the rest is history. 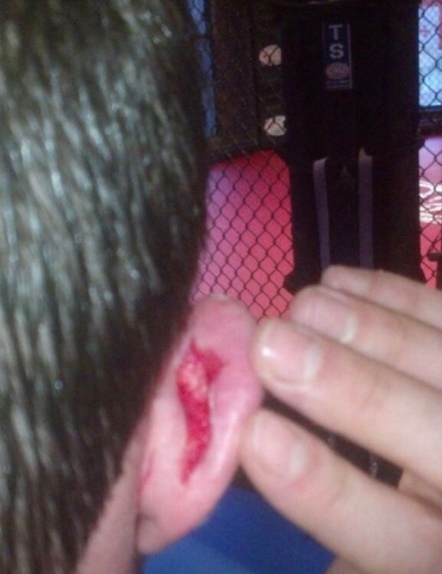 Powerlifting not only gave me an athletic outlet, but it also gave me a place in the field I invested so much time and money in.  The pay is still poor, the hours are long, but I truly love what I do.  Loving what I do has been remarkable for my quality of life.

Even though it is a sport I will never be satisfied in and it will continue to frustrate me at times, it has given me so much.  For that I am thankful to this sport.