I am writing this article as a person who makes a full time living as a powerlifting coach.  I do not own a gym, I am not a personal trainer, all I coach are competitive powerlifters.  With that said, many will get upset with the words written in this article.  I am not writing this to upset anyone but stating my opinions on this matter as it pertains to the growth and recognition of the sport in which I make a living coaching.

The IPF is the largest powerlifting organization in the world.  This is where the best of the best compete.  The IPF is viewed as the best in the world because of their standards of competition.  In the IPF you must squat to depth, you have a pause on the chest in the bench press, and the rules of the deadlift are strictly enforced.

I have witnessed friends and co-workers judging each other’s lifts and allowing questionable lifts to pass.  This is unacceptable in the sport if we want to be taken seriously.  There must be standards that are uniform and upheld.

The USAPL/IPF is where the more competitive lifters compete.  The reason being is that you can qualify for national and world level meets.  You get to see where your total stands amongst the best lifters in the world when the standards of the sport are taken into consideration. 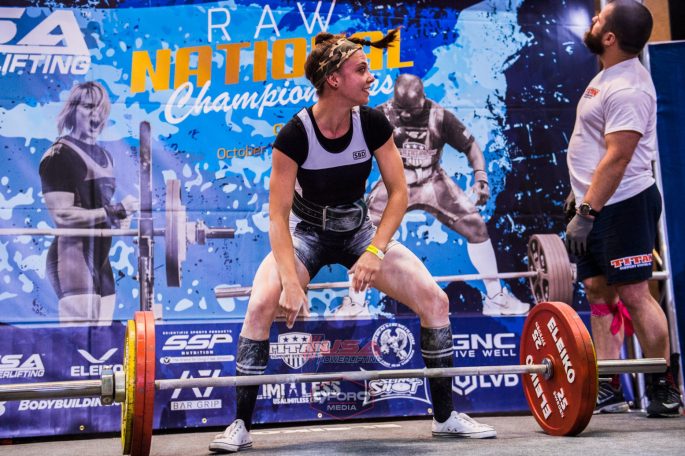 Yes, they split up raw lifting into modern and classic.  Modern allows the use of knee sleeves or knee wraps.  Somehow these 2 things are classified together?  With far fewer lifters in their organization and far fewer competitive lifters, it is fairly easy to get a world record.  In my opinion this cheapens the sport and makes it difficult for people to take it seriously.  There are very few multi-ply lifters around the sport, think of how many there are in each age division when you break it down.  Every one of them could get a world record.

Let us look at it another way.  If I go out in a summer league baseball game and throw 21 strikeouts in 9 innings do I break Roger Clemens’ record of 20 strikeouts?  No, because I did not do it in Major League Baseball.  Same goes for powerlifting.  The time of everyone being a world record holding powerlifter/coach needs to end, or again we will not be taken seriously.

A world record in this current age is equal to a personal training certificate.  Anyone can get one and it cheapens the field.  Not being taken seriously has been a big problem in the fitness industry and if this doesn’t change it will be a problem in the powerlifting world as well.

This doesn’t mean that federations like the RPS do not have their place.  They are perfect for the lifter that isn’t looking to be too competitive and just wants to have some fun and not to break “world records”.  I choose to have all of my lifters compete in the USAPL because I want them to support a federation with strict standards and a federation that is committed to the growth of competitive powerlifting.

I know this article is going to ruffle a lot of feathers.  However, my feathers are ruffled.  I have a lot invested in the growth of the sport of powerlifting.  This is how I make my living.  In order for growth to occur we need to be taken seriously as a sport.  A start is recognizing 1 competitive federation that upholds the strict standards of the sport.  That is the USAPL/IPF.